is foam rolling beneficial or are we wasting our time?

Foam Rolling has risen in popularity recently as a self-massage tool. It’s believed that some benefits of foam rolling muscles over different areas include breaking up adhesions, scar tissue and loosening the connective tissue of the body. On first glance this makes sense. Similar to rolling out a piece of dough until it is nice and smooth. However is this really what occurs? It’s important to take a minute to review the evidence to best understand how it works, what benefits of rolling out muscles exist, and how you can implement it to best achieve your goals.  If you still have any questions after you’ve finished please contact me or book an appointment if you have an issue.

Does foam rolling cause structural changes?

A study by Hayashi et al. (2011) made this seem very possible. In this study humans used tools to apply pressure to the ligaments of rats. This showed successful remodelling of the collagen fibres in the ligaments. So how well would this apply to humans performing self-myofascial release on a foam roller? Well there are some issues with applying this study to humans. The main issue is the relative size of a human applying the force to a much smaller rat. Extremely large forces would be required on a human to come to the same findings. In fact Chaudhry et al. (2008) quantified this. It was estimated that approximately 852kg of pressure would be required to alter our tissue structure just 1%. It’s no wonder why the rats were unconscious during the study! Therefore it is very unlikely that foam rolling alters the tissue structurally.

What is this tissue and how is it so strong?

The connective tissue (fascia) we are trying to release by rolling is made up mostly of collagen. Collagen is a protein primarily responsible for resisting and adapting to tensile stress. It lies beneath the skin and attaches, stabilises, encloses, and separates muscles and organs. Think of it as your body’s natural glad wrap. Now this tissue is very strong. In fact studies have come to conclude that fascia is proportionally stronger than steel. Further studies show that no meaningful deformation of the tissues was achieved after foam rolling.

So what is actually happening when I foam roll?

Instead of physically breaking down tissues, what is occurring is a bit different. Firstly what is the feeling of tightness? Well there is a difference between a muscle feeling tight and a muscle actually being structurally tight. Firstly if a muscle is actually tight it is due to the tissues becoming physically tighter. For example if you took your arm out of a cast it has been in for 6 weeks.

A very different example of feeling tight would be if you’ve been sitting down at a desk for a prolonged period of time. Afterwards you feel tight in your middle back or the tops of shoulders. However, in this posture your muscles were held in a lengthened, not shortened, position. So tightness in this example has nothing to do with the tissues being structurally tight, it’s a sensation. A feeling of tightness is related to muscle tone. Muscle tone is the subconscious level of nervous system activity to the muscle. If the nervous system perceives a threat it can tighten up such as an injury due to muscular weakness or a prolonged posture.

Now you know when you have bumped your knee on the edge of a desk and you rub it to make it feel better? Physically you are not changing what just happened. What you are doing is giving your body another stimulus. And that is exactly what foam rolling does. And that’s why foam rolling can relieve the feeling of tension in a matter of seconds.

IMPORTANT NOTE:  Tone is used for protection and so if something is regularly tightening up there may be an underlying cause that needs to be addressed. An increased amount of tone to an area for an extended period of time may lead to a physical tightening of the tissues. I’d strongly suggest seeing a good physiotherapist to access this.

So what are the benefits of foam rolling?

Studies have shown that performing foam rolling prior to exercise can improve mobility. This effect is short term however, lasting about 10 minutes. This does make sense given the nature of improvement appears to be due to a change in the nervous system as opposed to any meaningful structural change. This may explain why rolling out one leg improves the mobility in both legs not just the one treated and why in another study massage to the sole of the foot could improve hamstring flexibility.

2 studies done in 2014 and 2015 looked at groups performing squats (10 sets of 10 repetitions). They demonstrated that the group who foam rolled had benefited from less soreness at 24, 48 and 72 hours after exercise.

In the 2015 study they also measured how quickly performance measures returned to baseline where the foam roller group was superior to the control group. These same positive foam roller effects were demonstrated with professional soccer players in a 2017 study where they enjoyed the benefits of decreased post exercise soreness and also a quicker return of their agility measures between training sessions.

A 2017 study looking at participants completing 40x15m sprints showed no difference between the control and the foam roller group. However, a dynamic warm-up was completed prior to assessment, as opposed to the other studies where the control group did nothing. This would suggest that other methods of recovery are effective.

So looking at the evidence yes it would appear that foam rolling helps to reduce post exercise muscular soreness and can assist in the quicker restoration of performance measures after training. It also seems that when compared to an active/dynamic approach there is little difference. Therefore the recommendation would be to utilise foam rolling but to understand it’s just a tool in the toolbox to assist your recovery, not the be all and end all.

The mechanism of how a foam roller works is different from what was previously thought. It seems much more likely that it causes changes in the nervous system to effect change rather than having any meaningful effect on the structure of soft tissues. Given we better know how foam rolling works we now have a better idea on how to implement it. Short-term mobility improvements should be taken advantage of prior to training but don’t waste a long period of time doing it as the results are short lived. Benefit from utilising a foam roller after a workout to reduce post exercise soreness and improve recovery.  This may lead to more productive training sessions and a reduced rate of injury. There are definitely great benefits of foam rolling. 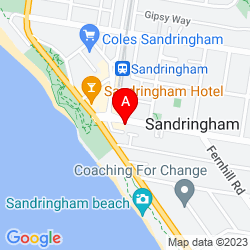 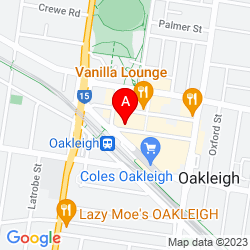 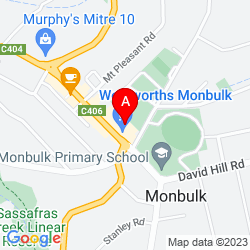